Picking a Metal Roof Repair Company in Austin You Can Trust

Flat Roof in Round Rock? 6 Roof Repair Issues to Watch Out For

A man in Round Rock recently made news in the most unexpected way.

News outlets reported local resident Dante Neal was keeping a special surprise in his freezer: A snowball. That snowball came from the 2017 winter season.

That’s right: At the time the world learned about it, the snowball was a year old. 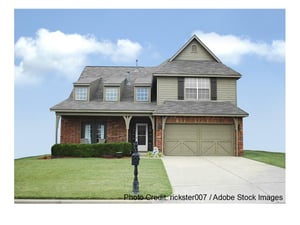 That probably makes it the oldest snowball anywhere in the continental U.S.

Dante said he was inspired because 2017 was the first time he saw snow in 12 years.

Of course, not everyone in Round Rock loves snow as much as Dante. Many people – especially in the roofing industry – don’t mind warm weather if it means not having to worry about the damage snow can do to your roof!

But ... even if snows and their complications are on the rare side, calling a Round Rock roofer for an annual roof inspection is a good move. It’ll be the rainy season before you know it. Is your roof ready?

Roofing professionals get a lot of fun and interesting questions from clients.

One of the ones we’ve heard a lot here in Round Rock:

What’s really the most dangerous for roofs: Snow or rain?

The answer is both. It depends on how you look at it.

Pound for pound, snow is more likely than rain to cause sudden and catastrophic failure in your roof. There are two main ways this can happen.

First, it can pile up in such a way that it damages a pressure point in the roof that suddenly gives way. Your only sign of this might be a leak that springs suddenly and gets bigger in a hurry.

Second, it can go through multiple cycles of melting and re-freezing within a short period. This causes materials on the roof to warp. It can especially harm roof flashing and fasteners.

These are both structural weak points on your roof to begin with. Once they become distorted, due to changes in temperature, they will usually spring serious leaks in a very short time.

But that’s not the whole story. Many of the hazards posed by snow are actually caused when it melts away. A lighter volume of rain can actually be more trouble to your roof than snow.

This is especially true when your roof is not in good condition.

Water must run off your roof correctly to keep it structurally sound. If the roof’s pitch has been compromised by damage or the gutters aren’t draining right, water can flow right into the foot of your building. Over time, this can undermine your whole foundation!

Whether it comes from rain or snow, any unaddressed roofing problem is bad news.

Since January and February are the driest months for the Austin area, it’s a good time to get your roof inspected.

Contact Longhorn Roofing to get your roofing project done fast and right.

How Roofing Fits Into Your Home Inspection Report