Complete Round Rock Roof Replacement: What You Get

Round Rock Roofing: 5 Signs a Roof Leak is More Serious Than It Looks

Switching from Shingle to Metal? Metal Roofing Contractors Tell All

Longhorn Roofing Explores Interesting Roofs From Around the World

In general, Americans think of the roof as mostly something to protect the building.

However, in some countries, roof style, color, and ornament is a distinctive part of architecture and culture.

Here are some examples of beautiful and unique roofs from around the world: 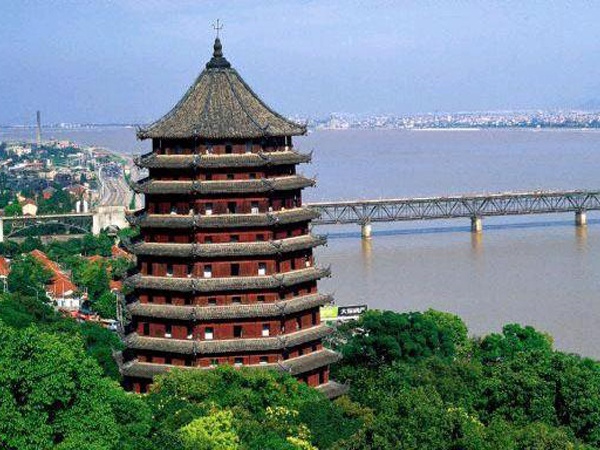 An ancient architectural style is the terrace roof on a multi-storied building like a pagoda. Each story of a terrace roofed building has a roof overhang, which functions to protect that story but also adds to the overall beauty of the building. Some Tai buildings were used as observatories, or as military beacon towers. The Great Wall of China has square Tai buildings that were used for watchtowers.

Most roofs are solid, but membranes made from plastic or fabric can make large, unusual roof shapes for tents, or outdoor events. Most famous are the large membrane skinned roofs of the 1972 Olympic Games Village in Munich.  These roofs allow you to walk up and then zip line down! 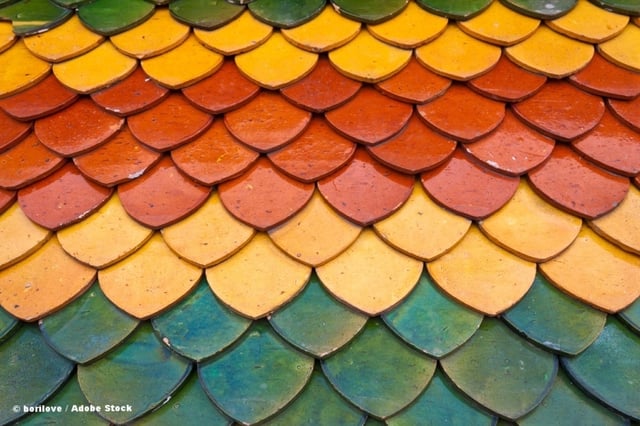 In Burgundy, France, the roofs of 15th-century healthcare facilities are tiled in dramatic diamond patterns using red, yellow, black and green tiles. Another example of patterned tiles is the Archdiocese of Vienna, which has round gray, green, white, yellow and orange tiles that create geometric patterns along with coats of arms and a two-headed eagle.

Of course, our Austin capital has a beautiful dome. On the Green island of Santorini, many of the buildings have whitewashed, domed limestone roofs. The large numbers of domes form a beautiful horizon and keep homes cool. 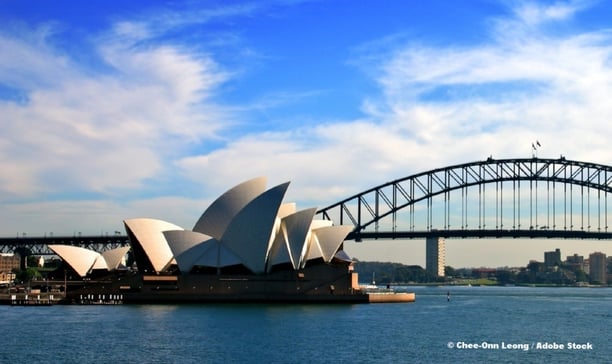 The beautiful Sydney Opera House uses a unique curvaceous concrete roof to create the iconic shell-like structure so famous around the world.  Each of the precast concrete panels is covered with Swedish tiles. Taking 14 years and costing $102 million Australian dollars, this famous building took roofing architecture to a new level.

Some of the most famous tiled roofs belong to Asian buildings and temples. Chinese curved roofs display their beautiful red, green, or yellow porcelain tiles in their up swept curves. Dramatic gold adornments are added to the tiled roof of the palace of the king of Thailand.

Rare pavilions in China have roofs built from bronze. One of the most celebrated is the Baoyunge Pavilion of Precious Clouds in the Summer Palace of the Chinese Emperors.

Ready to try some of these fantastic roofing styles on your building?  Maybe bronze roofs or gold adornments may be a bit too extravagant for most locals.  However, if you are hoping to use your roofing space to create a more interesting architectural style, you might want to consider the newer dimensional roofing tiles or painted metal roofing.

Thanks for reading this feature post from Longhorn Roofing. We enjoy the continuous challenge of making our area both more beautiful and more unique!

Switching from Shingle to Metal? Metal Roofing Contractors Tell All

Did You Know These Central Texas Metal Roofing Facts?